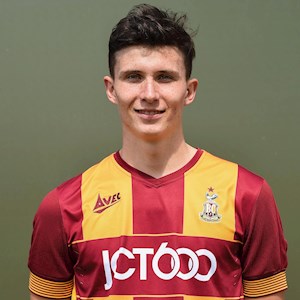 Promising left back Tom Field joined the Bantams on loan from Championship side Brentford back in August. Field completed a deal that will keep him at the Northern Commercials Stadium until the start of January. The defender, who has been capped at Under-16 level for the Republic of Ireland, featured seventeen times for Brentford last season. Fifteen of those appearances came in the Championship for the Bees, who finished tenth in the division at the end of the 2016/2017 campaign. Field also netted three times for Brentford last season.