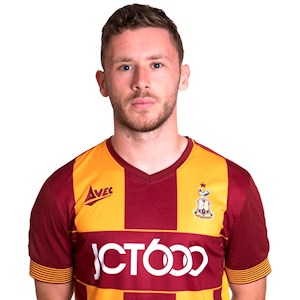 The exciting attacker joined the Bantams from Accrington Stanley for an undisclosed six-figure fee in late June. The forward arrived at the Northern Commercials Stadium on a three-year deal. The hugely talented young forward made his full international debut for Northern Ireland at the start of the month, featuring in a 1-0 win against New Zealand. McCartan enjoyed an impressive season for Stanley last season and scored 11 goals in Sky Bet League Two playing in a number 10 role, but he can play in a number of attacking positions. With Glenavon as a youngster, Shay moved across the water to join Burnley's academy and he made a solitary appearance for the Clarets before joining Accrington Stanley in 2013 shortly after a loan stint at Hyde. Shay has become somewhat of a free-kick and set-piece specialist in the past few seasons, scoring a number of spectacular goals from dead-ball situations, as well as a key provider from corners and free-kicks.