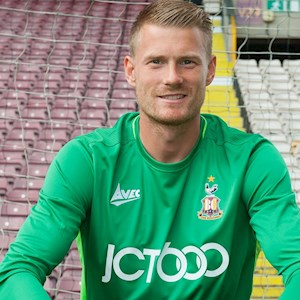 The Bantams made a move on transfer deadline day at the end of August to recruit German goalkeeper Lukas Raeder on a permanent deal until the start of January. The 23 year-old moved to the Northern Commercials Stadium on a free transfer after leaving Portuguese side Vitoria Setubal over the summer. He made twenty-seven appearances in total for Vitoria in the Primeira Liga – the Portuguese equivalent of the English Premier League. The German goalkeeper made the move to Portugal back in 2014, joining Vitoria from German giants Bayern Munich. During his time with Munich, Raeder acted as deputy to Germany number one Manuel Neuer and was part of the squad that won the FIFA Club World Cup in 2013 and DFB-Pokal in 2014. He also made two appearances in Bayern's first team while at the Allianz Arena.  The 6’ 4’’ shot-stopper spent a period on trial with Premier League side Southampton over pre-season.